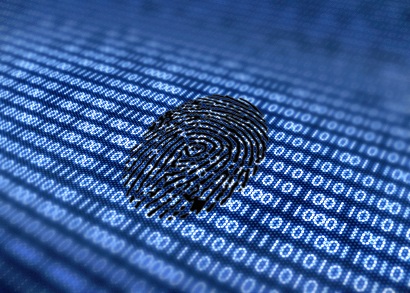 Computer forensics is a growing branch of digital forensics pertaining mainly to data found on computers and other electronic storage media. The main goal of this field is to recover deleted or otherwise inaccessible data to either help in the resolution of legal problems, or to serve as evidence for crimes that have been or are being committed. The importance of such data recovery can never be underestimated. Evidence gathered from computers can be used in a legal proceeding or criminal trial, for example, to prove the innocence or guilt of a person involved in a crime. It is therefore very important that law enforcement agencies and prosecutors have access to such evidence.

There are many reasons why the criminal justice system relies so much on computer forensics experts in helping them solve crimes. Among those reasons is the incredible amount of time and resources that such an investigation requires. Computer forensics professionals must obtain evidence from digital sources such as computer files, documents, voice or video recordings, email communications, instant messaging, and other communication devices.

Experts in the computer forensic field analyze data from computer systems in order to provide intelligence to law enforcement agencies and prosecutors regarding the location, source, and ownership of any digital information that may be pertinent in a case. In addition to providing tangible evidence through digital recovery, computer forensics specialists perform a number of tasks that can be used to further the investigation. These include performing research in order to determine the identity, location, and content of any digital media that may have been infected with viruses or Trojans. Computer forensic specialists can also analyze and interpret data that may be obtained from the hard drives or memory of computers that have been compromised by malware programs.

In order to perform their duties properly and to provide the best evidence possible, computer forensics professionals must follow strict procedures and follow scientific protocols. These investigations take place in a number of different environments including government agencies, corporations, hospitals, and private firms. For example, if a company’s network is compromised by hackers, legal documents or other evidence could be compromised and fail to provide accurate evidence in a court of law. Computer forensics experts are also responsible for analyzing digital evidence in order to determine whether the evidence is usable and useful in a legal investigation or court case.

20 In order to work as a computer forensics professional, an individual must first undergo rigorous training that includes both classroom and online courses. During the training process, students will learn the various computer forensics techniques as well as the scientific methods that are used in this field of study. Once the student has received a high school diploma, they can enroll in college to pursue a bachelor’s degree in this area of study.

21 One of the major areas of focus for those pursuing a career in the digital forensics industry is hacking. This field refers to using either software or hardware to hack into another computer system without authorization and gain access to sensitive information. While there are many different types of hacks, it is generally accepted that law enforcement and security officials do not use these methods to monitor computer activity. hacking is considered to be quite different from digital forensics because it does not involve an illegal action against another individual.

There are many types of crimes that fall under the category of forensic computer forensics. These include identity theft, credit card fraud, bank fraud, unauthorized computer system intrusion, malware, and intellectual property theft. Each of these crimes has a different method of entry and an altogether different set of perpetrators. Because each type of crime often requires a unique method of entry, the professionals who are hired to perform this task must possess the knowledge and expertise to distinguish between each type of criminal act and the proper procedure to investigate and prosecute each type. Those who are successful in solving a particular case often receive a certificate or diploma from one of the many accredited forensic schools.

Computer forensics can be used in many different ways in the investigation of cyber crimes. One popular method that is often used is the investigation and the prosecution of hackers. Hackers are considered to be the largest breed of cyber criminals, and they frequently create viruses, spam, and other malware to steal information from computers. As a result of their activity, it is extremely important for law enforcement and security officials to gather digital evidence. This evidence can often be used in the form of a forensic investigation, which refers to the investigation of computer forensics as a separate branch of criminal justice.

The forensic study of computer forensics has resulted in some remarkable advances in the information security field. Many government entities, such as the United States Justice Department, have recognized the value of investigating and apprehending cyber criminals using the digital information found on computer servers. Law enforcement and security officials have utilized this kind of information to apprehend several individuals involved in internet crimes.