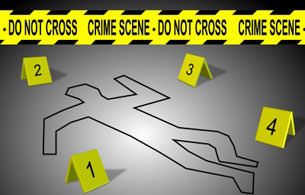 The primary objective of a criminal defense lawyer is to secure an acquittal for their client and make sure they get a fair trial, whatever the charges against them. Their investigators dig up all key aspects of the case, seeking out corroborating evidence which can be highly exculpatory for the defender. This includes investigating a crime scene, collecting statements from witnesses, speaking with law enforcement officials and checking with a background check service. Criminal defense investigators are specially trained not only to assess whether there is probable cause to suspect a defendant of a certain crime, but also to uncover any discrepancies that might exist in the law. Their reports are detailed and must be impeccable, as they are entrusted with the responsibility of proving their client’s innocence.

Criminal defense investigators need to gather a wide variety of evidence in order to provide effective legal counsel to their clients. For instance, they will review surveillance videotape or interviews with a defendant taken at different times and locations. They must also interview any potential witnesses, even if they are not required to take a sworn oath of confidentiality. The investigators follow up with a number of techniques, such as interviewing the subject directly, interviewing another person who is familiar with the subject and reviewing police reports, fingerprint samples and any other paperwork relating to the case.

One of the most important tasks for criminal defense investigators is developing a timeline of events, interviewing witnesses and gathering necessary evidence. One of the greatest challenges facing them is determining when a crime was committed and how the crime was committed. Some crimes such as arson may have multiple suspects and times of day that events took place. Often criminal detectives are called in by police detectives to determine which suspects were involved in the commission of the crime.

Another key role for criminal justice system investigators is assembling witnesses. witnesses play a crucial role in the criminal justice system and are especially important in cases involving sexual assault, battered women and domestic violence. A skilled and successful private investigator will have no problem building a team of witnesses who will provide a complete and accurate account of an event. Because private investigators are paid only for the work they perform, the more detailed and substantial the information provided, the greater the fee.

The vast amount of paperwork that needs to be compiled for a case also makes the job of criminal defense investigators much more challenging than the average citizen. investigative files contain millions of documents and often require an expert investigator to organize and file them properly. Many reports require a three year study of each document. It is not uncommon for investigators to retain one or more lawyers to review all of this documentation and produce a professional opinion. There are many differences between how forensic experts conduct investigations and how criminal defense experts do them.