Why Do People Hire a Private Investigator? 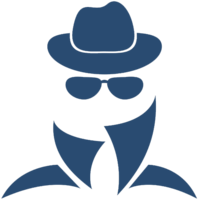 Why Do People Hire a Private Investigator?

A private investigator, or private inquiry agent, is someone who may be employed by people, organizations or NGOs to undertake investigative investigation activities. Private investigators usually work on a contingency basis for lawyers in criminal and civil cases. They follow leads generated by their clients, following up on leads until the end of the case by using several methods, such as surveillance, secret observation, video surveillance, phone taps etc. In addition to carrying out investigations and gathering information, they may also advise their clients in legal matters.

There are many situations where private investigators can be helpful. These include: tracking down or finding missing persons, trace the whereabouts of people who has been illegally relieved of their custody, providing intelligence during raids or terrorist acts, tracking down business owners who have been conned or embezzled, stopping a spree of crime, rescuing children from kidnapping etc. All these require thorough investigations. For example, if there is any suspicion that a missing person may be forcibly relocated, a private investigator can help in getting details regarding his current location, frequency of movement, route of travel, current employment, and other relevant information that may help in finding him.

When it comes to surveillance, there are two types of it: physical and digital. Physical surveillance refers to conducting surveillance over a specific location or over time. Digital surveillance, on the other hand, uses digital means of capturing or monitoring data. Both of these are used for criminal justice investigations, especially in serious crimes like homicide, arson, sex offenses, kidnapping, drug crimes, fraud and others.